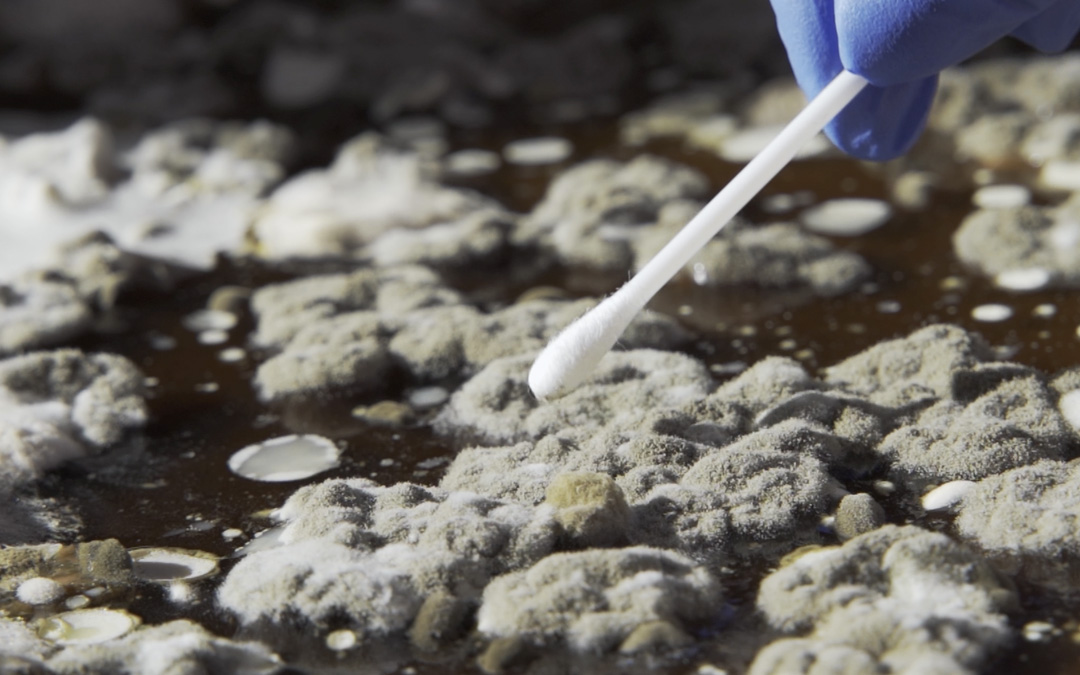 Mould is a species of fungi just like mushrooms you buy from the shop. Fungi are asexual which means it has neither male or female parts, it just has its spores. Spores are like the seeds in a fruit or vegetable and therefore once the spore finds an optimal place to grow it will sprout and start growing again.

We use mushrooms to describe how mould grows and reproduces, as mushrooms are basically a supersized version of mould. When you see mushrooms popping up in your garden, you are witnessing their reproductive cycle, which is only a small part of the whole fungi. Under the ground lives a massive network of thin threads similar to a spider’s web called the Hyphae. When conditions are optimal for reproduction the fungi will grow mushrooms out of the ground. As the mushroom comes out of the ground its cap, which looks like an umbrella, will be closed. Inside the cap is where it holds thousands if not millions of spores, once the cap opens it releases the spore in the air to be carried away to start the cycle again.

Mould is the same, so when you see the fluffy coloured mould on a surface all you are seeing is the reproductive cycle of the mould, and the main body of the mould is within the surface whether that is timber, concrete, gyproc, fabrics, furniture or food, really anything porous and damp.

Mould can reproduce and spread rapidly and only needs a slight breeze or even a change of light and temperature to release its spores.

Some mould and mould spores create mycotoxins that can be very harmful to you, and can cause multiple issues like irritations, allergies, asthma, depression, anxiety, anger issues, chronic fatigue and in some case even death. Some people are genetically susceptible to mould illnesses, there is a test you can do through your doctor to see if you have the specific genes.

Mould spores are as fine as asbestos fibers (and we all know the dangers of asbestos) but the main difference is that mould spores are a living organism and once you breath them in they want to use you as a host to continue their life cycle. So if you see mould make sure you properly protect yourself (Refer to our “So I have found mould, now what?” article).